Caspers Company is a private, family-owned McDonald’s operator based in Tampa, Florida. The company, which was established in 1958, owns 63 McDonald’s locations in the greater Tampa Bay area and employs over 4,200 people.

Caspers Company has been self-insured since 1981, and in 2017, had been with a well-known big-box carrier for 25 years under an administrative services only (ASO) contract.

“We had been slowly losing transparency in the system with the PPO, and they had started taking away certain insurance rebates and opportunities for us to give input on plan design,” said Ed Shaw, Executive Vice President, Risk Manager for Caspers Company. “We were getting increasingly frustrated with that, and with the increases in overall expenses.”

Hospital bills in Tampa Bay and the state of Florida are among the highest in the nation. Shaw felt it was critical to review claims, charges and discounts, but regulations and policy changes meant their current carrier wasn’t able to offer all the information Shaw needed. He also felt there was a lack of support in pursuing potential improvements.

“They would involve us in stewardship meetings and give us detailed reports and would tell us what to work on, but they gave us no tools or resources to do it,” Shaw said. “In our last stewardship meeting, I knew we had to do something differently.”

In early 2017, Shaw attended a symposium that covered the reference-based pricing model for self-funded plans. ELAP Services presented at the event.

“I was familiar with reference-based pricing and had heard of ELAP, but it was at that symposium that things really coalesced in my mind,” Shaw said. “I was sold from that meeting forward and got to work changing how we did things.”

Shaw said he was sold on ELAP for several reasons. “First of all, we felt the simplicity of the message was important. ELAP said, ‘This is what we do and how we do it. Here’s how much we charge you for doing this and that.’ We knew up-front exactly how things would work.”

ELAP uses a reference-based pricing (RBP) model. Unlike a traditional PPO that focuses on billed charges, ELAP’s model considers both the cost of the service and the Medicare reimbursement rate to determine a payment that is fair and reasonable for employers, members and health systems. ELAP is the first, largest and most innovative RBP provider in the industry. In the event of provider pushback or balance billing to employees, ELAP also provides unlimited advocacy and legal support.

“One of the big things ELAP does that doesn’t happen in every RPB model is they take fiduciary responsibility,” Shaw said. “That means even if the hospital comes back demanding more money, ELAP takes over and sees it through to the end. That was important to us, because even though we’re saving a lot of money, we don’t want our employees to suffer.”

After speaking with ELAP clients and gaining more background information, Shaw felt confident that ELAP was the right partner for Caspers Company. In 2017, the company signed on with ELAP to cover its 600 eligible employees.

Since partnering with ELAP, Caspers Company has experienced:

*Savings based on estimated PPO charges.

“We’re saving significantly compared to what we were paying previously, and that includes ELAP’s fee,” Shaw said. “Thanks to the savings, we’ve been able to add more benefits, with no additional cost to our people.”

Caspers Company was able to shift from a high-deductible plan to one with lower deductibles and co-pays. The company also added a more affordable prescription drug program, stem cell therapy coverage with a small co-pay, and access to a virtual ER program that Shaw says has been very popular with this team.

“We’ve been able to add these benefits because of the savings we’re experiencing,” Shaw said. “We couldn’t have done that before, at least not without a cost to our people. And we haven’t raised our payroll deductibles at all in the past four years.”

Beyond the significant savings experienced, Caspers Company has appreciated other aspects of working with ELAP.

“They’ve followed up on every promise they made,” Shaw said. “They’re concerned about me and my company and want to treat our people well. Plus, they’re good listeners who take everything we talk about to heart, then follow up and say, ‘we heard you and here’s what we can do for you.’”

“ELAP does great reporting, and anything you ask for, they’ll give you. They’re not afraid to share information with you. That was a problem with the big-box carriers, and having the opposite approach now is a breath of fresh air.”

Shaw says that whether a business is moving from fully-insured or already self-funded, ELAP will bring an environment of transparency and significant savings.

“ELAP has given us a whole new way of approaching facilities. They help take away all of the sticker shock with those big hospital bills. They save money, they do what they say they’ll do and they provide great customer experience — to us as a company and to our individual employees.”

“ELAP has followed up on every promise they made.” Signature HealthCARE, an award-winning company in long-term care, was able to reduce costs, optimize benefits and improve recruitment with ELAP. The Langdale Company and ELAP have driven down healthcare costs and increased transparency for more than 12 years with reference-based pricing. MarineMax, the world’s largest boat retailer, has saved $5 million since choosing ELAP for its healthcare. 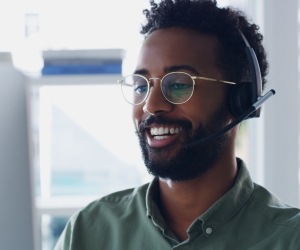